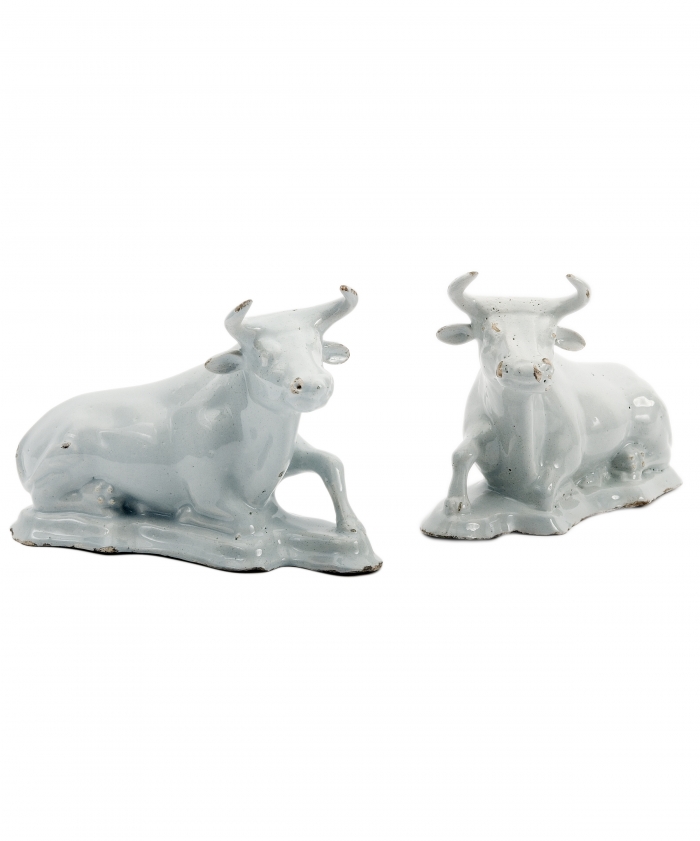 A Pair of Recumbent Cows in White Dutch Delftware

From the second half of the seventeenth century were imported from China white porcelain statuettes with an ivory glaze, the 'Blanc de Chine'. It is therefore not unlikely that the Dutch public wanted to possess the white figurines in Dutch Delftware as a substitute. 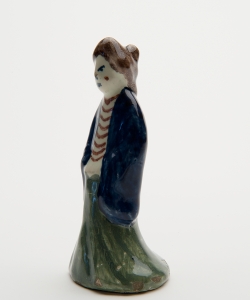 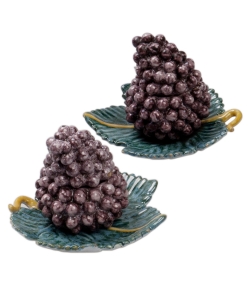 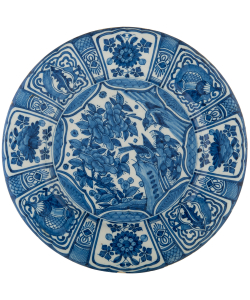 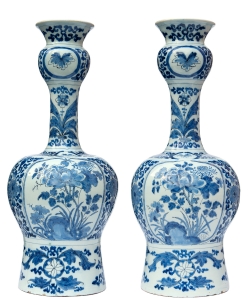