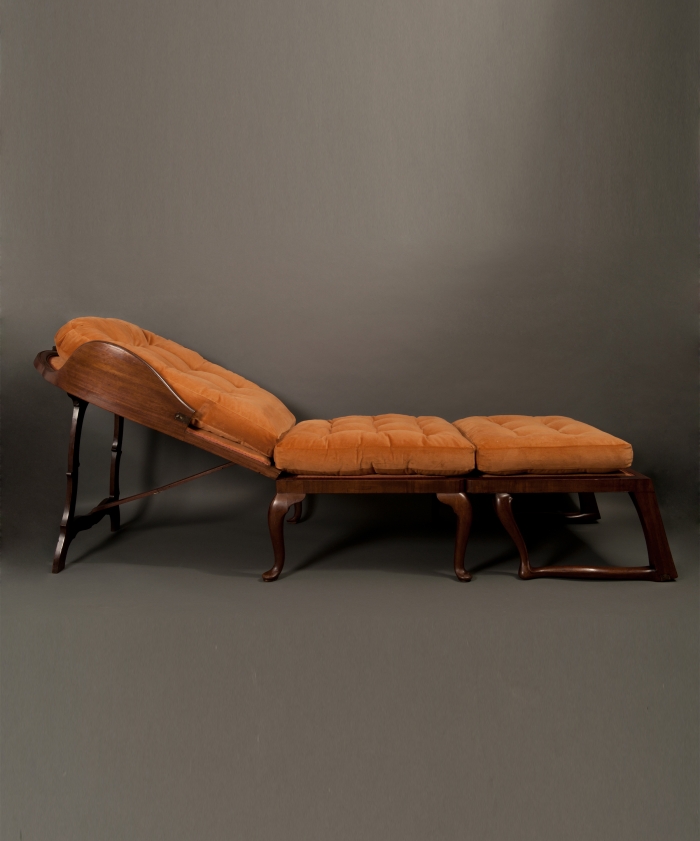 This unusual chair consists of three parts: the seat; the backrest which can be folded rearwards, and the upper part of the seat that (independent of the backrest) can be folded forward, whereby the armrests turn into a leg function. In this way, expanded, it creates a couch. This piece of furniture was eminently suitable for maternity women, recovering sick or elderly persons who had to keep much rest.

The backrest is equipped with two side cheeks, against the draft, and an elegant crest with asymmetrical foliate ornament. The smoothline running from the undecorated cheeks, volutes through the armrests to the club-shaped legs, gives the chair despite its width, a sober and elegant appearance.

From the second half of the 17th century these kind of sleeping chairs are known. The 17th century chairs had an ingenious design with bands which were incorporated in the arms which, when the bands were removed, the seat could fold downbackwards, while the footrest came up. Sara Rothé ordered a sleeping chair for her famous miniature house such in 1743.

Our daybed is equipped with a totally different mechanism and is therefore a more revolutionary model than the chairs from the 17th century. The backrest and footrest can be folded independently, which increases the comfort of the chair. The backrest is no longer held in place by the bands, but has a wooden support, which, when unused, is put down within the frame of the backrest.

Probably this chair was made ​​by Robert Peters, a cabinetmaker from England, who worked in Rotterdam about 1731 to 1762. Peters introduced, following his English fellow furniture makers, already in the 30s the use of mahogany in the Netherlands and was specialized in the creation of practical chairs equipped with special mechanisms.

He advertised in the Rotterdamse Courant on August 19, 1738 with “Leun- Machine- en Beddestoelen” and on 26 August 1741 with “Leun-Stoelen, seer gemackelyk voor sieke Persoonen om daer op te leggen of sitten” 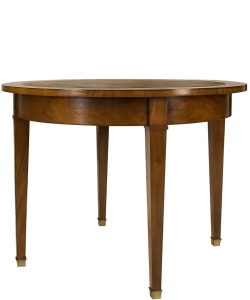 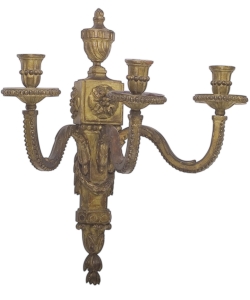 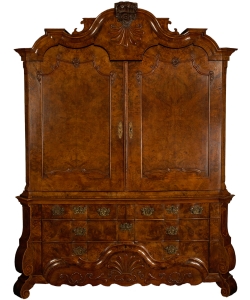 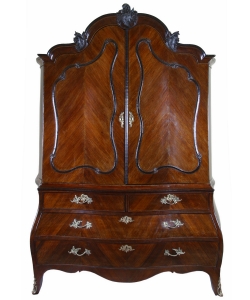