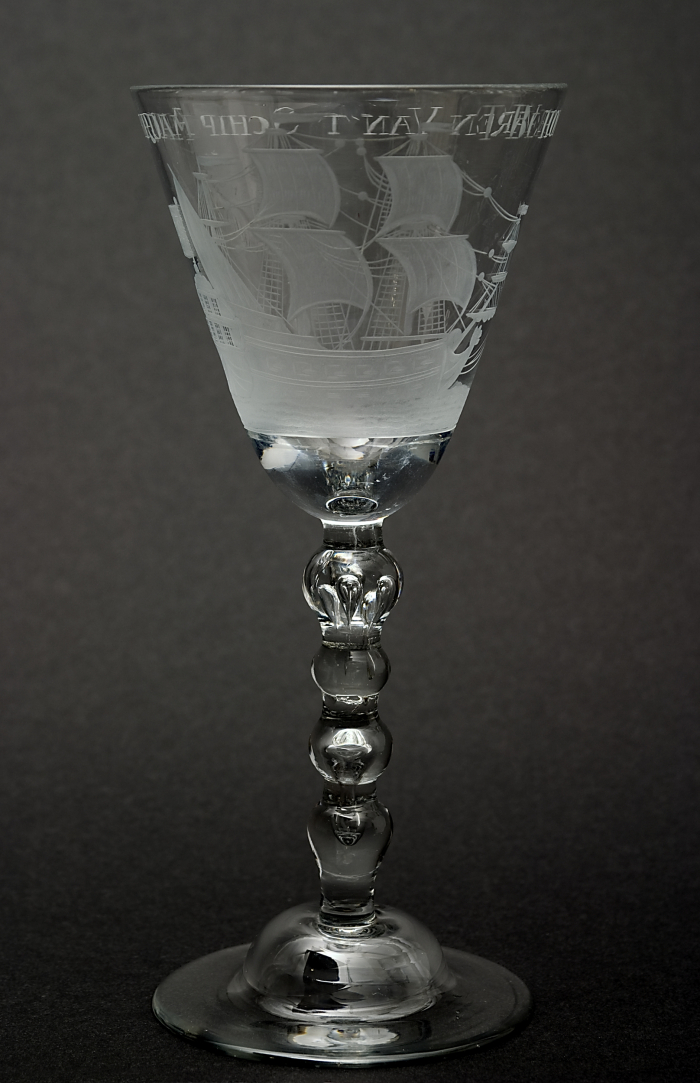 Occasion Glass with the Ship " Amsterdam "

Left Texel for the Amsterdam Chamber of Commerce for her first voyage to Batavia on November 15, 1748, but had to return to the Texel Roadstead due to headwinds, where she arrived again on November 19. A second attempt followed on the 21st, which also failed, and the ship returned to Texel on 6 December. On 8 January 1749 the ship, together with 't Huis te Manpad, Sparenrijk, Hof de Uno, Hartenkamp and Elswoudt, set sail for the third time with 335 people on board (203 sailors, 127 soldiers and 5 passengers). The 33-year-old Willem Klump was captain of the Amsterdam.

Perished: 26/01/1749, on the route Texel - Indië
Location: England; Hastings; Bulverhythe (50°50'42)
Cargo Merchandise (textiles and wines), ballast cargo (building blocks and cannons), consumer goods for the VOC in Asia (paper, pens, tools, etc.) and provisions. There were also coins and silver bars to the value of 300,104 guilders.
Facts On 9 January the 'Amsterdam' dropped anchor in the Downs shortly after her departure from Texel for her first voyage to the East Indies. In the night of 10 to 11 January the ship left from there for the trip through the English Channel. The initially favorable wind shifted to the southwest and grew into one of the heaviest and longest storms the likes of which had not been seen in England for ages. For days the heavy, cumbersome ship tried in vain to cross against the howling wind and the heavy seas. On the 23rd the 'Amsterdam' struggled into Pevensey Bay, between Hastings and Beachy Head. However, the swell in the bay was so heavy that the rudder broke on the seabed. The ship, now rudderless, anchored and remained so for several days, stamping and swaying wildly. On Sunday 26 January 1749 the decision was taken to run the ship aground in order to save the lives of the crew and the precious cargo.
Almost immediately the ship sank in the soft mud and sand of the beach. As a result, the hull and contents of the ship were well preserved 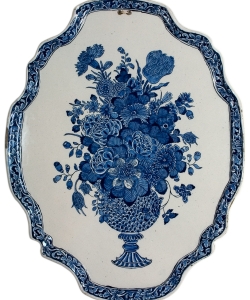 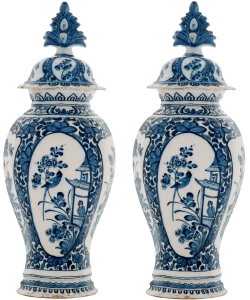 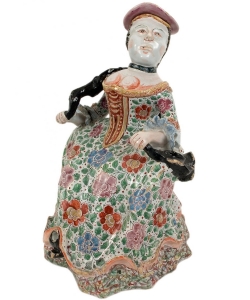 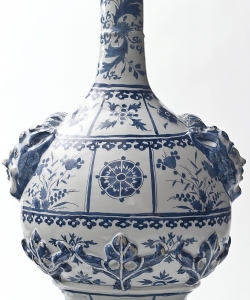 A Pilgrim Bottle in Blue Delftware
Price on request