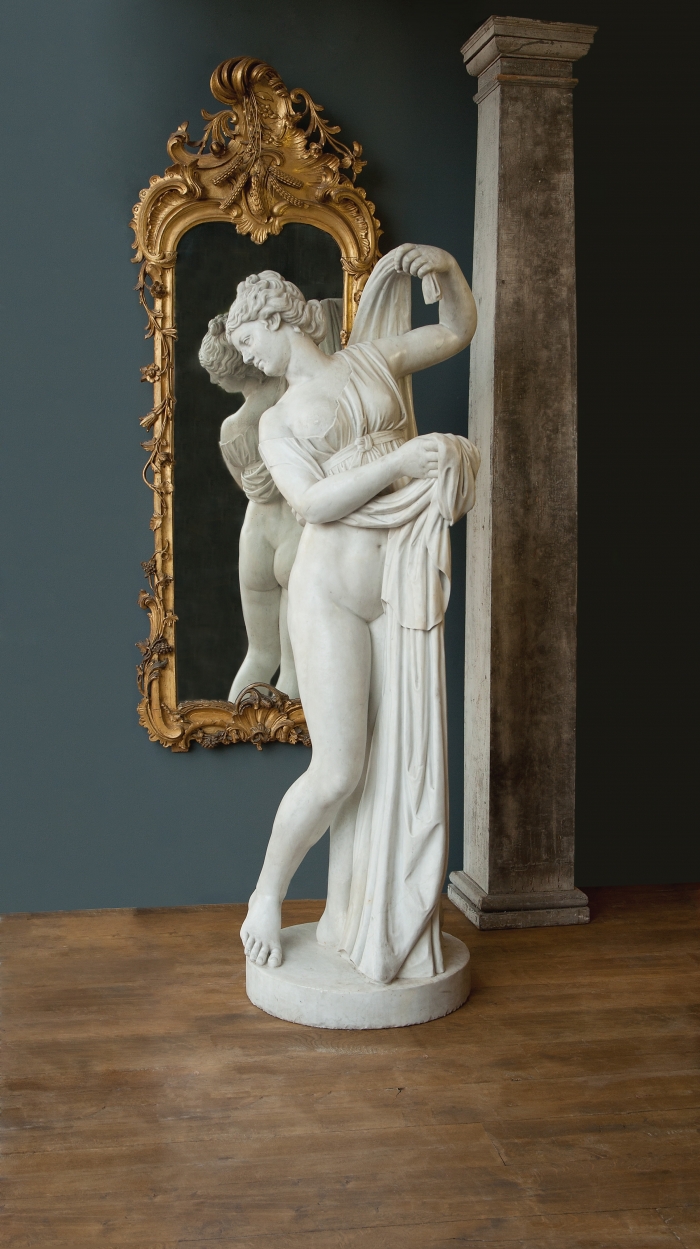 A Statue of Venus Callipyge

A Marble Statue of Venus Callipyge

The Venus Callipyge, also known as the Kallipygos Aphrodite (Greek: Ἀφροδίτη Καλλίπυγος) or callipygian Venus, all literally "Venus (or Aphrodite) of the beautiful buttocks". Aphrodite is the Greek goddess of love and beauty, pleasure, and procreation.


The Kallipygos Venus is a Roman work in marble, dating from 1st century BC. It is considered to be a copy of an earlier Greek statue, probably in bronze. This is thought lost original was made ​​around 300 BC, at the beginning of the Hellenistic era. The sculptor and origin are unknown. It was rediscovered in the 16th century in Rome, but was missing the head.
The missing head was reconstructed in the 16th century, a more thorough reconstruction was carried out by Carlo Albacini in the 18th century. The restorers decided to figure glance over her shoulder at her buttocks. The image is now
in the National Archaeological Museum in Naples.


The statue was copied several times, including by Jean-Jacques and François Clerion Barois.
A marble copy of Jean-Jacques Clerion (1686) was sent to Versailles.
Another copy was made ​​by François Barois during his stay at the French Academy in Rome, 1683-1686. It was sent to Versailles, at Marly-le-Roi in 1695 to the Revolution, then came up in the Jardin des Tuileries.
Augustus the Strong (King of Poland and Grand Duke of Lithuania from 1697 to 1704 and from 1709 to 1733 ordered a copy, which was conducted by Pierre de l'Estache in Rome between 1722-1723, for the Grosser Garten, Dresden. But it was destroyed in 1945. 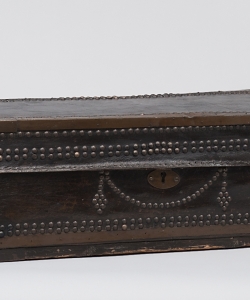 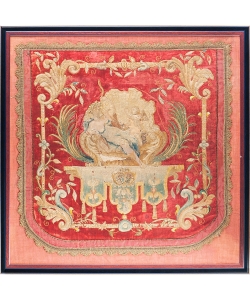 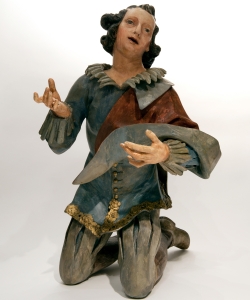 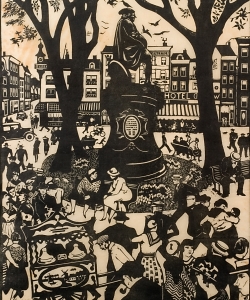